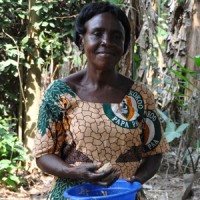 How do you communicate to 65,000 members, some of whom live deep in the rainforest and can’t read or write? This has been a major challenge over recent years for Kuapa Kokoo, a fair trade partner of Oikocredit in Ghana.

It seemed the best solution for the farmer’s cooperative was to take over the airwaves – just for an hour a week.

In November 2012, Kuapa Kokoo launched an eight week radio show called ‘The Hour’ to communicate important issues within the cooperative and also connect current and potential members. Before the launch of the radio programme, Kuapa Kokoo relied on outreach teams to regularly visit regions to discuss local issues which were then relayed back to the main office. This was often a long and difficult process, which lacked the formation of community and connection between members.

With radio being a popular and accessible medium in Ghana, Kuapa Kokoo thought it would be a good way to provide an open forum to unite its members. The aim of the show was to ensure that members were fully informed about what Kuapa Kokoo does for farmers, aspects that set it aside from other cocoa buying companies in Ghana and the benefits of being a member. With the help of Divine Chocolate, a Kuapa Kokoo shareholder which also uses its cocoa, the programme was developed to provide maximum appeal and value to its countrywide audience.

For one hour every week, the radio show informed members about the role of fair trade, talked about farming issues and good practice and also raised awareness about Kuapa Kokoo’s Child Labour Awareness Programme. Kuapa Kokoo and Divine Chocolate received a lot of positive feedback about the programme and are currently working on a new series of programmes for 2013. 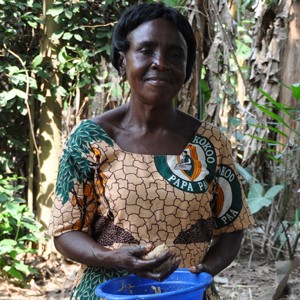