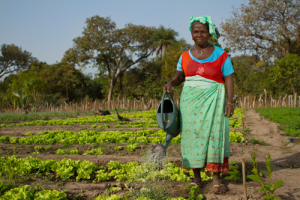 Evaluating social returns can be, at times, less straightforward than assessing financial returns. For Oikocredit, seeing the social benefits of its partners’ work remains a top priority.

Blanca Mendez, communications officer at Oikocredit International, recently visited Senegal with a group of Oikocredit investors and volunteers to see first-hand the impact of Oikocredit’s work in the country.

Why does Oikocredit operate in Senegal?

“Although Senegal is one of the more stable countries in West Africa, it still remains relatively poor, with over half of the country’s population living below the poverty line. Despite around 75% of the population working in agriculture, much of the country’s rural areas remain underserviced in terms of electricity, drinkable water, agricultural equipment and irrigation. For those reasons, Oikocredit opened an office in Senegal, to invest in agricultural businesses and provide inclusive finance throughout the country. So far, Oikocredit has invested almost € 22 million in Senegalese agricultural enterprises and microfinance institutions (MFIs) to provide people with access to finance to improve their lives.”

What were some of the social impacts you saw in Senegal?

“During the visit we flew to Ziguinchor, in the southern region of Casamance, one of the poorest parts of the country. There we visited Oikocredit partner U-IMCEC, a cooperative-based MFI with eight branches in four locations across Senegal. The staff at U-IMCEC told us about the enormous local demand for microfinance in the region, as most of the region’s inhabitants can’t get loans from banks and don’t have savings. We met with U-IMCEC client, Bineta Diallo, who despite being illiterate, runs a fabric and textiles shop employing four other women. Bineta got a loan from U-IMCEC four years ago to start her business, which she has since expanded. The business has enabled Bineta to send her children to school and her eldest daughter to university. For me, it really showed the impact a loan can have on a person’s life and their family.”

How is Oikocredit contributing to development in the region?

“In the rural area of Casamance, agriculture remains one of the only sources of income for the low educated local population. Our country manager for Senegal, Sambou Coly, saw that many farmers in the region were growing mangoes with no market to sell their produce and 75% of the fruit going to waste. Sambou came up with the idea to help unite local growers and build a cooperative, now named Copex Sud. To provide the farmers with access to value chains, Sambou and Oikocredit’s equity unit helped set up a company, Les Saveurs du Sud, to process the mangoes for export. With additional capacity building support, the now 2,000 member cooperative hopes to supply fresh mangoes to be processed and dried, providing year-round, sustainable employment for 150 people, majority women. Part of the conditions of Oikocredit working with the cooperative was that women would be entitled to own their own land, which is a big social development for the region.”

As food security and sustainable income are major concerns in Senegal, Oikocredit will remain focussed on investing in agriculture as well as inclusive finance in the years to come. Oikocredit will be expanding into new regions throughout Senegal which will contribute to making a bigger contribution across the country.

Read more about the study tour to Senegal: www.oikocredit.org/en/ microfinance-in-the-field 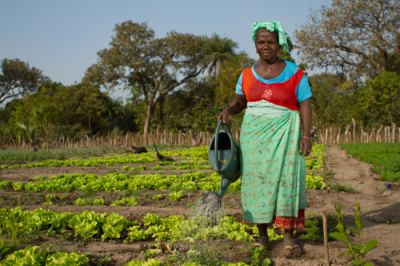