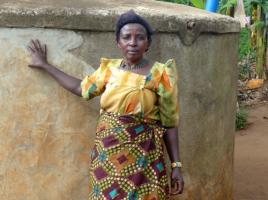 MFIs need to find a sustainable balance between social and financial practices and implementing SPM can help MFIs realign social goals and become more responsive to the people they serve. Ging explained that assisting MFIs to embed a client-centred approach in their daily practices will in turn have a positive effect on both the client and the organization. “Experience has shown that strong clients make strong microfinance organizations,” said Ging.

Since the Nairobi workshop, Anton says he’s seen many positive changes to MFI practices. One participating MFI which has transformed both socially and financially since the programme began is Ugandan MFI and Oikocredit partner, UGAFODE. At the beginning of the programme, UGAFODE’s loan portfolio was shrinking, it had a high portfolio at
risk (PAR) rating and profitability was going downhill. Anton explained that during the initial workshop, UGAFODE realised it had lost focus of its social mission and also its original target clients which are economically active poor, women, rural populations and groups. “During the workshop we assisted UGAFODE in refocusing their original social mission and translating this into practice,” added Anton.

How has UGAFODE implemented SPM?

To reach out to its original target clients, including women and rural populations, UGAFODE first established rural branches. It then relocated its head office from the financial district of Uganda’s capital, Kampala, to a more accessible location for clients. UGAFODE then recruited a manager to review and amend the group lending policy which saw UGAFODE’s share in group lending grow from 34% to 69% of total clients; group clients include a greater proportion of poorer people and women.

During the workshop, UGAFODE also realised the necessity to support clients during times of unexpected hardship. To address this, UGAFODE negotiated insurance cover, introduced voluntary savings schemes and reviewed its zero tolerance policy on loan repayments. These changes resulted in over 13,000 new savings accounts and more clients
taking out insurance. UGAFODE also retrained loan officers to reschedule late or missed payments. Most importantly, it removed its external debt collection agency and brought the function in-house. UGAFODE further trained its loan officers in assessing client ability to pay, rather than focussing on collateral.

Realising many of its rural clients were paid monthly, it adjusted weekly loan repayments to monthly instalments. UGAFODE also founded a customer care service, which has since proven its value, and has integrated SPM into its five year plan.

Elikanah says UGAFODE has come a long way in a relatively short time. “Since the first workshop, UGAFODE’s PAR has dropped from 12% to 3%, customer numbers have increased from around 9,000 to 24,000 and it has refocused on its original target groups,” said Elikanah. Overall, UGAFODE has made many positive steps to incorporate SPM into its daily practices which in turn strengthened the organization both socially and financially. Initial results from other participants in the programme have also been positive, with other MFIs strengthening loan appraisal processes, introducing flexibility into loan products and reviewing collateral requirements. Oikocredit will be expanding the
mentoring programme to Paraguay, Peru, Ghana and Senegal in 2013. 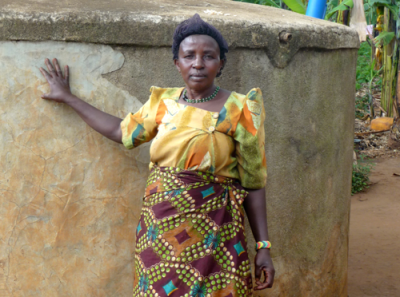