The rebuilding and refinancing of Ecuador’s devastated cocoa producers

The rebuilding and refinancing of Ecuador’s devastated cocoa producers 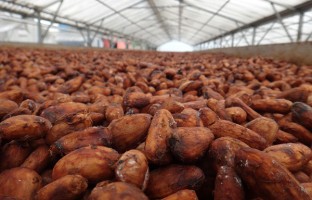 While several of Oikocredit’s other microfinance partners were also affected by the earthquake, these two cocoa associations have been the most affected. Oikocredit rapidly responded to the challenge of disaster relief by providing disaster relief funds to Fortaleza and FONMSOEAM, as explained in a previous interview with Lorena Torres, Oikocredit’s country manager in Ecuador.

Eight months after the earthquake there is still much work to be done. Over 8,800 people are living in tents and temporary shelters without water or sanitation. Oikocredit continues to help with the rebuilding work for both associations, even though FONMSOEAM ceased to be an Oikocredit partner after repaying Oikocredit’s credit line in August last year. Following the disaster relief support, Oikocredit’s country office assessed the financial situation of each partner.  As a result, the repayment dates for the credit lines were extended to give the partners more time to recover. Oikocredit  also cancelled the payment of interest for the entire loan extension period.

In addition, Oikocredit started a capacity building initiative with Max Havelaar Switzerland, the Swiss fair-trade labelling organization, which is also a partner of Fortaleza del Valle. Managed by Oikocredit and funded by Max Havelaar with a donation of € 23,000, the programme aims to rebuild two damaged warehouses by early 2017. The stock warehouses are located in Calceta and Quiroga where Fortaleza collects and processes the cocoa. Repairing the two buildings is key for the organization to maintain its certifications and continue producing good quality cocoa in a timely manner for the buyers.

Both FONMSOEAM and Fortaleza also received additional support from private initiatives led by buyers, the governments and NGOs to rebuild buildings and facilities. This has been a crucial undertaking during the peak harvest season.

The commitment of Oikocredit during the aftermath of the earthquake has strengthened and solidified relationships with partners, who appraise additional support during and after such an event.

In addition to disbursing new loans to its agriculture and microfinance partners after the earthquake, Oikocredit is planning to provide disaster awareness workshops in Ecuador in 2017. Disaster awareness is a main principal of Oikocredit’s environmental policy, and is vital in Ecuador, which is prone to natural disasters.

To see more about our partner Fortaleza's work in Ecuador, you can watch a video that was created before the earthquake, here. 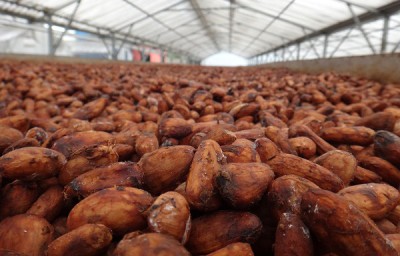