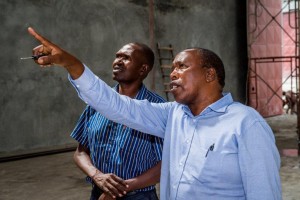 “The recent expansion of Greenforest’s business in Kenya not only provides direct employment for the staff working in our production facilities, it creates indirect employment for the local farmers and suppliers from whom we source materials,” says Athanas Matheka, founder and CEO of Greenforest Foods Limited. He is in no doubt about the important role his company plays in improving the lives of Kenya’s rural farmers.

Oikocredit partner Greenforest Foods Limited is a family-owned company founded in 2001, which focuses on natural food processing and produces pure honey and edible nuts for the Kenyan market. From the outset, Oikocredit regarded Greenforest as a compelling partner in view of its clear and positive social impact on the lives of small-scale producers and its potential to achieve future growth. Even before its collaboration with Oikocredit, Greenforest had established a very strong brand for its pure natural products. By 2014 it was enjoying market-leader status, achieving a 35% share of the honey market and continuing to expand, and having recently entered the edible nuts market where its market share had reached 8%. At that time Greenforest was searching for a financial partner to provide funding for its processing and packing equipment for its edible nuts product line. Oikocredit appeared to be a perfect match and entered into a partnership with Greenforest in 2014. Oikocredit’s loan of KES 14 million (€ 128,000) is being used to finance packaging equipment and working capital.

Kenya’s unreliable and underdeveloped supply chain led Greenforest to source many of its raw products from outside Kenya. However, in recent years the company has taken significant steps to source more of its products from Kenyan producers. A case in point is Greenforest’s partnership with USAID which forms part of the Kenya Agricultural Value Chain Enterprise Project (KAVES). The project aims at developing value chains in Kenya, mobilizing famers, providing technical assistance and a steady market. An initial 3,000 local farmers have been contracted and the project has resulted in increased productivity and higher incomes.

To further support Greenforest operations, Oikocredit initiated a capacity building programme in July 2015 aimed at enhancing the marketing and branding of its nuts product line. The programme covered promotions and campaigns including the repackaging of products to make them stand out. It also involved increasing the awareness of the nutritional benefits of the consumption of nuts (Greenforest’s market share of the edible nuts market had reached 10% by 2016 and continues to grow).

Oikocredit’s support of Greenforest is set to continue with plans for additional funding in the future. Furthermore, the company is moving to a location which is twice the size of its current plant. By 2016, the company Greenforest was employing 25 factory workers, with six employees working for its USAID project. Athanas Matheka’s ambitions for the future are impressive. He wants to improve the lives of families in Kenya’s rural areas and to reduce resource-centred conflict. The means to achieve this goal? Growing peanuts. Read more 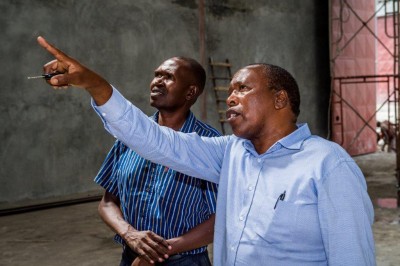