Cooperative conversations: with Peter Ohligschläger of the Members’ Council

Cooperative conversations: with Peter Ohligschläger of the Members’ Council 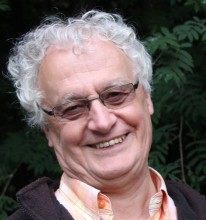 We recently had a conversation with Peter Ohligschläger from Oikocredit’s West German Support Association, and one of the latest members of our Members’ Council (MC). He talks about what it means to be a members’ council, cooperative values such as hearing the voice of the members, and about his hopes for the MC and Oikocredit.

How did you get involved with Oikocredit?

As a newly ordained minister of the Evangelical Church in the Rhineland in the late 1970s, I was introduced to the then recently launched Oikocredit West German Support Association (SA). Then in 1981, I purchased my first share of 500 Deutsche Mark via the SA. I was a young minister with a small stipend and it took a little time to save for this investment. Back then, I was involved with the “One World” movement and ecumenical issues, and so it was appealing to me to see a new approach supporting disadvantaged people, not by grants but with loans.

In fact, the World Council of Churches (WCC) launch of Oikocredit was both an inspiration and a struggle to convince churches to invest! My own church was happy to give a grant to Oikocredit, but many churches generally regarded investing in Oikocredit as an unsecure investment. This sparked my interest in social and ethical investment. And so we began and won this struggle insofar as the support association could convince local churches to invest via our SA.

After this time, I went to Botswana, Southern Africa, where I experienced the other side of the Oikocredit coin. Here I was involved with adult and youth education. In a small way I experienced some of the challenges of life in Botswana at that time, such as the lack of sanitation, healthcare and clean water. Placed in a rural area, I also experienced some of the issues met by smallholder farmers. This was a good experience for me to learn about development issues within Africa.

On my return to Germany, I became a regional minister for mission, ecumenism and global responsibility. Later on I became the Head of the Institute for Mission, Ecumenism and Global Responsibility, for the Evangelical Church of Westphalia, until I retired ten years ago. In this position I could share the idea of Oikocredit at all levels of my church, thus combining my professional work with my involvement as a board member of my Oikocredit SA. The Evangelical Church of Westphalia is also a member of Oikocredit, so this worked very well together.

What is your motivation to serve on the Members’ Council (the ‘MC’)?

Right from the beginning I have been fascinated by the fact that Oikocredit is a cooperative. The idea of the modern credit cooperative dates back to a 19th century rural area not so far from me, where Friedrich Raiffeisen started the first credit cooperative in Germany and in the world. Through supporting each other, sharing financial means and buying seeds together, the smallholder farmers of the time overcame a close to famine situation. In Germany today you still see cooperatives bearing Raiffeisen’s name.

This story and the story of many cooperatives inspires me. Oikocredit supports cooperatives worldwide, and of course is a cooperative itself. As a member of the MC, I want to see that all stakeholders are in a permanent dialogue and members are actively involved in their cooperative. Therefore, I think it is important to have a members’ council to strengthen the position of the members within the cooperative, so the voice of the members can be heard.

What is the Oikocredit Members’ Council?

As a cooperative it is essential that the voice of the members can be heard, and this should not only be once a year at the annual general meeting (AGM). The Members’ Council (MC) is a body by which members can bring ideas, concerns and initiatives to be heard between the AGMs. The MC can ensure these ideas are taken up and do not go astray. We also have the privilege as an MC to take up these matters with the Managing Board, or to talk with the Supervisory Board and don’t have to wait until the next AGM.

The MC can also share information with members (via a members’ newsletter) and keep them informed of the issues of the day. We also evaluate our work with the members and report back to the AGM each year.

How does the MC represent Oikocredit members?

As members of the MC we are in contact with Oikocredit members including the support associations (SAs) in the countries where we live. We also attend some of the meetings where SAs gather.

So there is a platform given to the MC to take up the issues of the members. For example, many members including SAs, asking how Oikocredit is doing with the Covid-19 pandemic and how Oikocredit is assisting its partners in this difficult situation. We also took up the issue of the payment of member dividend.

What were your first impressions of the MC?

Firstly, it’s been quite a lot to learn for me, the rules and regulations and all the acronyms. Before the MC I was only involved with my local Oikocredit support association, so it’s a different situation when I come to look at the whole organisation and how it all fits together, and it’s exciting to be part of Oikocredit.

I have partly experienced Oikocredit on this level before when I visited the central office in Amersfoort in 2016. As then, it has been satisfying to witness that Oikocredit is sticking to its original vision, values and mission, and to meet the committed group of people in the Amersfoort and worldwide offices. This is quite astonishing, and I am happy to play my part in the organisation as a member of the MC.

I also see that Oikocredit is not only sticking to its vision, values and mission, but is a learning organisation that has adapted well over its 45-year history and is keeping up with the interests and needs of our partners and their clients.

How does it feel not being able to meet face-to-face?

When I was elected to the MC in June, I was looking forward to meeting my new colleagues from the MC and the staff in Amersfoort, the Netherlands. It is inspiring to meet people face-to-face and hear their life story over informal chats too. But that of course was not possible.

The video conferencing meetings work, but it is somewhat different. Oikocredit is in a way a kind of big international family, and families like to meet up. So, I hope we get back to this way of working soon.

What are your hopes for the Oikocredit cooperative?

As one of the four members of the MC who is part of the new strategy development process, it is particularly exciting times and we are all looking forward to the outcomes.

I very much hope that Oikocredit will continue to stick with its values and mission, and its cooperative culture. So that it continues to support people’s initiative and grassroots movements.

The other thing on my mind is Covid-19, and I hope that the pandemic does not do too much harm to Oikocredit, its partners and their clients. There will be some impact on Oikocredit, but if we as members stick to our partners, I hope they will manage. 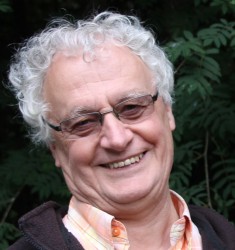