Currently, Oikocredit has 22 partner organisations in Brazil. To give you a glimpse of the type of organisations we support in the region, we’re introducing you to Crediluz and some of their clients. This is the second part of a three-part series featuring our partners in Brazil.

Oikocredit partner Crediluz is a credit cooperative that was founded by a group of local smallholder farmers in Abelardo Luz, Brazil, in 1996.

In 2006 the cooperative teamed up with other entities to create access to subsidised rural funding for crop development, investment in vehicles and machinery, and affordable rural housing.

After obtaining the knowledge and expertise to better support their community, in 2011 Crediluz started operating independently again. The credit cooperative wanted to focus more on making a positive social impact in the community and offer their products and services in a more personal way.

Crediluz now supports 14,000 members not only financially, but also through training and social development services.

Their health programme plays a major role in their work to support low-income people in the region. It first started offering its members dental care for a symbolic price of one US dollar. Since then it has expanded its medical support, offering its members a wide array of health services.

Crediluz also partners with doctors and guarantees them a reliable income. This has helped smaller cities, that once struggled to get access to healthcare, become more attractive for medical specialists.

The cooperative now plans to expand to mental health services in order to help members affected by the Covid-19 pandemic.

Oikocredit decided to partner with Crediluz in 2017 after seeing the impact that the cooperative has had on the local community. The following client stories are two examples of the many families and organisations that Crediluz has supported over the years.

However, after seeing the success of his family’s farm and the impact it has had on the local community, 22-year-old Alessandro Stangherlin has been inspired to carry on the family legacy.

Located in Abelardo Luz, Alessandro’s family’s farm produces around 400 kilograms of strawberries and an array of vegetables each month. 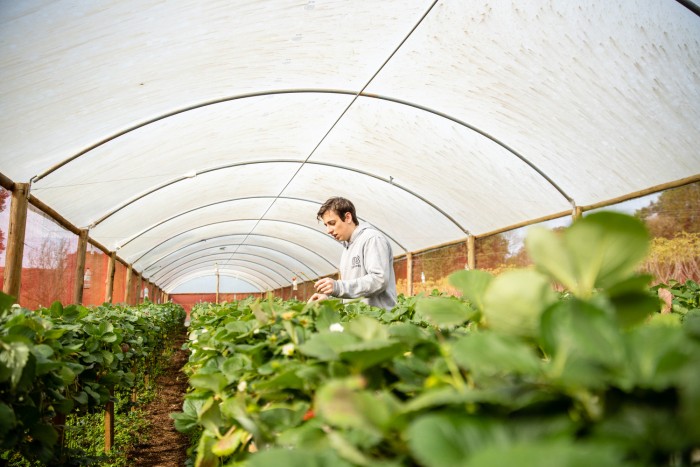 What contributed to the family’s success? They have been members of Crediluz since 2002.

When their business was small and just starting, the cooperative financed the construction of their greenhouses and enabled the family to purchase a truck. Crediluz’s ongoing support has been key in helping the business kick off and flourish.

To further the success of his family’s business and learn more about the agriculture sector, Alessandro is now studying to be an Agricultural Economist. Eager to get started, he’s already making plans to expand production and build another greenhouse.

At 64, both Nabir Biazin and his wife, Marilene Pacassa Biazin, are working towards running their bakery in Santa Catarina exclusively on renewable energy. They are well on their way to achieving this goal with the help of Crediluz, which they have been members of since 1997. 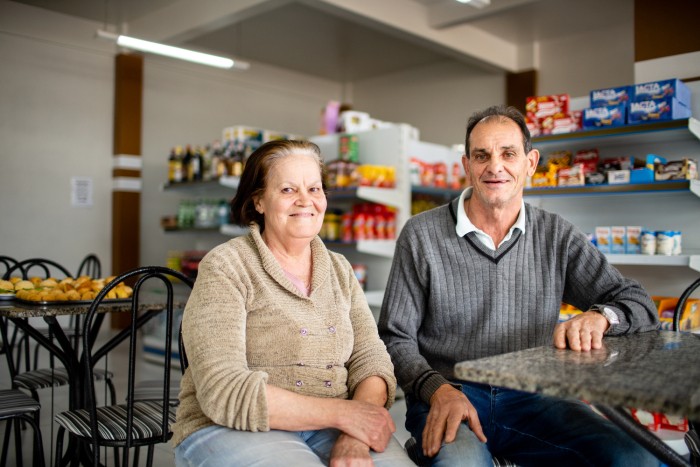 So far the cooperative has financed the couple with 60 solar panels. And Nabir and Marilene plan on installing at least 40 more with Crediluz’s support.

Why are the couple making such an effort to move to renewable energy? They recognise that this measure is not only important for the environment, but it will also reduce their electricity costs by approximately 50 percent. 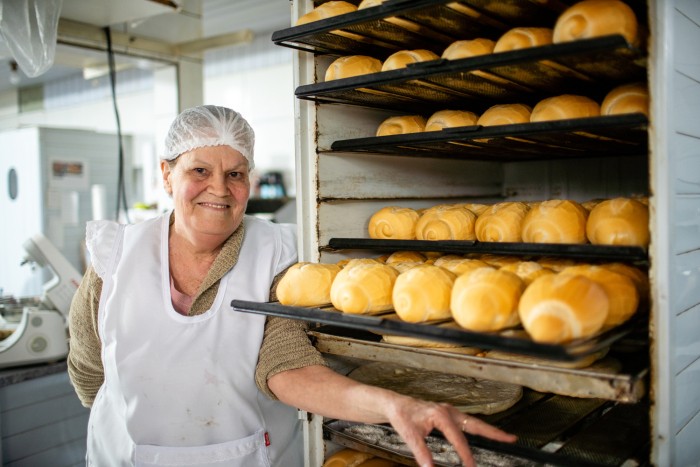 In addition, this step is not only improving Nabir and Marilene’s business, but it can impact and inspire their entire community.

To read more inspiring stories about our partners in Brazil and to find out why Oikocredit is focusing on partnering with cooperatives, read part one of this three-part series. 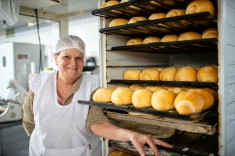