The origin of Oikocredit’s name

The origin of Oikocredit’s name 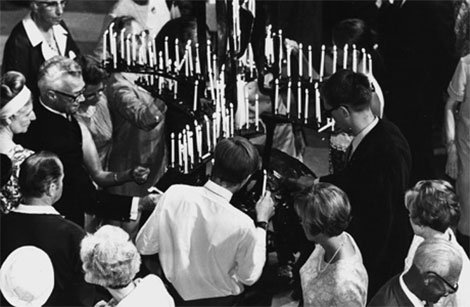 Oikocredit’s roots can be traced back to a meeting of the World Council of Churches. During its 1968 General Assembly in Uppsala, Sweden, a number of young and politically engaged church members pointed out that church funds were being invested in banks, rather than in development projects. They wondered whether there was a better way to invest church funds which was more in line with the aim of a just, participatory and sustainable society.

A few years on, in 1975, Oikocredit was established in the Netherlands to provide churches and others with an alternative investment option, directed at the interests of the low-income earners.

The name Oikocredit emphasizes the heart of its mission. ‘Oiko’ refers to the ancient Greek word Oikos, which means house, community and world. ‘Credit’ not only refers to the fact that Oikocredit provides loans, but also to the Latin verb ‘credere’, which means to believe. Oikocredit believes in empowering low-income earners. Oikocredit’s story therefore, is one of building a global ‘oikos’.

As an international cooperative, Oikocredit brings together thousands of people who share the goal of improving financial inclusion and fostering positive development. Membership is open to churches and church-related organizations, including religious orders, and national and international congregations. Other organizations, that share similar missions and objectives, can become members upon invitation by the Oikocredit board. 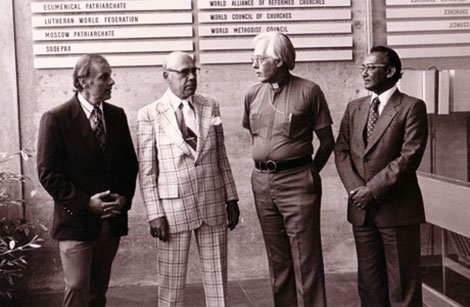 As a cooperative, Oikocredit allows its members to participate actively in policy matters concerning its mission and work. There are two ways in which the Oikocredit membership can influence the policies. First, through the election of board members who guide and supervise the management of the cooperative. Each member has a vote and using their votes in the annual general meeting (AGM), the highest ruling body of Oikocredit. Secondly, through retail investors who invest through Oikocredit support associations (SA), which are independent organizations established to support the worldwide work of Oikocredit. In countries without an SA, individuals and organizations can invest via the Oikocredit International Share Foundation (OISF). Among its investors are individuals, banks, development agencies, fair trade organizations and trade unions.

Oikocredit continues to build upon its mission based upon a global community of lasting partnerships.